If you have a family member behind bars, you might be willing to do just about anything to free them. Bail bonds are designed for just this purpose. Once a court sets bail, you can either pay the fee directly to the court or borrow the cash from a bail bondsman.

Here's a quick guide to make sure that you understand your rights when you go through this process:

A traditional bond works like a deposit, you pay 10-15% of the bond to bail bondsman or 100% to the court, and the person being held behind bars is released until their court date. If the person you paid bond for doesn't show up for their court date, the bond is kept by the court and a warrant for their arrest is issued. Aside from making sure that the bondsman you work with charges a fee consistent with those in your area, you should also make sure that you clearly understand their fees before you give them any money.

An appearance bond (or cash bond) differs from a traditional bond because the entirety of the bond must be paid in cash. Appearance bonds are typically set if an individual has a history of missed payments (fines, dues, child support, etc.) or skipped court dates. If the friend or family member you're considering posting bond for has a history of any of these offenses, you'll likely need to post their bond in cash. However, if your friend or family member has a relatively clean record and/or substantial assets to serve as collateral, a lawyer might be able to final a motion to make the bond traditional.

If you're posting an appearance bond, you'll need to abide by the following steps.

The worst case scenario when you posted bond for someone is when they fail to appear in court. Just because they might be FTA, however, doesn't mean that you will lose all of your money. A skilled attorney can file a review of the FTA. If the individual who failed to appear in court can prove that some extenuating circumstance kept them from showing up to court on time, the judge can reschedule their case, which renders their FTA null and void. You should always ask your bail bondsman about FTA consequence before you give them any money. 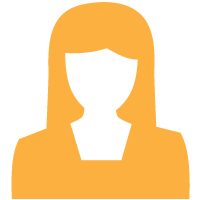 Hi there, my name is Fanny Castile. Welcome to my website about acquiring and repaying loans. When I was looking for a new car, I was stunned to see how much the vehicles were going for in the style I wanted. I needed a vehicle that would help me transport my business gear and take my dogs on fun excursions on my off days. To acquire the vehicle I needed, I took out a loan. Throughout the loan acquisition and repayment process, I learned a ton of information about this subject. On this site, I will share my knowledge with you all to help everyone approach the loan process with ease. Thanks.

3 Different Types Of Reverse Mortgages
26 December 2019
A reverse mortgage is designed to allow elderly individuals to borrow against the equity they have in their home. It essentially allows you to enjoy t …

3 Reasons To Consider A Credit Union Credit Card
26 August 2019
Where you decide to do your banking can have a direct impact on your financial success. Credit cards can be valuable tools in building your credit and …